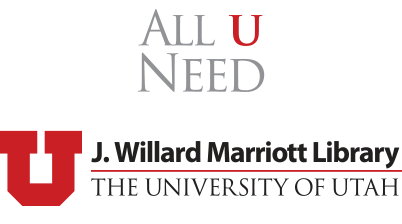 Join a Marriott Library reading club to stay connected, keep up your curiosity, and become a more productive writer. We welcome all U of U community members, both those who love reading and writing and those who are less sure about their feelings towards reading and writing.

This book club is unconventional. Come having read any book or come to read a book of your choosing. Pick from favorites of U of U students, librarians, staff, and the Campus Store.

Reading for Research in LIS
3rd Wednesday each month at 9:30 am via Zoom; email Allyson Mower for details on article selection

Research in library & information science shows that voracious readers of scholarly literature become star researchers! (pg. 4) Join this reading club to become more familiar with research in library & information science. Reading for Research in LIS draws from journal articles in the field—a research area not currently reflected in a standing academic department at the U of U—that highlight qualitative, quantitative, and applied research methods.

Focused on maintaining one’s curiosity and desire to investigate, this book club follows a traditional format by meeting to discuss the same book. Discussion and readings are short. The club rotates between book genres every month. Pick the genre that most intrigues you, read the book, and attend the event. Then consider the following questions:

Past books we’ve read for Curiosity Bibliotherapy:
June 20, 2018: Essays
Rejected: Tales of the Failed, Dumped, and Canceled by Jon Friedman
An edited collection of essays from comedians and show writers whose stories only went so-so.

Available on the shelf at Marriott Library and the Campus Store.

July 11: Science Fiction
The Very Best of Fantasy & Science Fiction (vol 2) edited by Gordon Van Gelder
A collection of great science fiction stories! Read whatever suits you, but two are especially funny and relevant to academia. Attack of the Giant Baby by Kit Reed tells the story of a scientist in the lab who’s test culture gets eaten by his own kid and The Aliens Who Knew, I Mean, Everything by George Effinger, a story of a government worker who has to respond to an alien invasion but can only go through proper channels.

Available as an eBook from Marriott Library or on the shelf at the Campus Store.

August 8: Western
The Scholar of Moab by Steven L. Peck
Could be a western, could be science fiction, definitely has lots of mystery that will pique your curiosity!

Available for purchase at the Campus Store or to read in Special Collections at Marriott Library. Copies from other libraries are also available at Marriott Library, courtesy of the Book Buzz program from the Utah State Library Division.

How Reading Changed My Life by Anna Quindlen
A memoir about “[t]he Canon, censorship, and the future of publishing, not to mention that of reading itself…” –Alix Wilber

Available on the shelf at Marriott Library and for purchase at the Campus Store.

Three children from vastly different backgrounds, and their holy greyhound, band together as unlikely friends when they unexpectedly become fugitives on the run. Each with a certain special power, the community questions whether the children are saints or devilish sinners. Themes of persecution, racism, and judgement, along with unique storytelling style and even doodles throughout the pages, come together to craft a book bound to spark curiosity.

Available on the shelf at Marriott Library and for purchase at the Campus Store.

November 14: Narrative Nonfiction
Into the Wild by Jon Krakauer

December 12: Biography
The Woman Who Smashed Codes by Jason Fagone

A biography of Elizebeth Smith Friedman, the pioneering American decipherer who brought down smugglers, spies, and war mongers and developed the discipline in the United States.

January 9, 2019: Historical Fiction
All the Light We Cannot See by Anthony Doerr

“A captivating new take on the historical era of World War Two with elements of love and violence,” says Julia Hohl @juliahohl

“Still Alice is an emotional and insightful novel about the experience of living with or loving someone with early onset Alzheimer’s. Told from Alice’s point of view, the reader feels Alice’s frustration and helplessness as words and memories slip away, the fear and uncertainty of diagnosis, and the pain of loss as experienced through the eyes of an increasingly unreliable narrator,” from Rebekah Cummings

April 10: Short Story
“The Cask of Amontillado” by Edgar Allan Poe, part of Tales of Mystery and Imagination

May 8: Mystery
And Then There Were None by Agatha Christie

June 12: Personal Development
The Subtle Art of Not Giving a Fuck by Mark Manson

“The class system in America, our dirty little secret. Americans think that we are class-less — compared to England — but we took the structure with us. This book discusses that history and how classes were set up from the beginning within American society.” Rose-Marie, employee at Marriott Library

Marriott Library has three print copies and the audio book on CD.

A quick and engaging read on the history of the study of the universe including Hawking’s opinion about the existence of God!

On the shelf at Marriott Library and at the Campus Store.

October 9: True Crime
Catch Me If You Can: The True Story of a Real Fake by Frank W. Abagnale

January 8, 2020: Mythology
The Hero with a Thousand Faces by Joseph Campbell

February 13: Classic Sci-Fi
The Hitchhiker’s Guide to the Galaxy by Douglas Adams

April 9: Manga
Death Note by Tsugumi Ohba
That Time I Got Reincarnated as Slime by Fuse

May 13: Classic Play
The Importance of Being Earnest by Oscar Wilde

July 8: Nature
The Hidden Life of Trees by Peter Wollheben

August 12: Psychology
Why are all the Black Kids Sitting Together in the Cafeteria?: and Other Conversations about Race by Beverly Tatum

November 11: Business
The Age of Surveillance Capitalism by Shoshana Zuboff

January 13, 2021: Graphic memoir (non-fiction comic book)
The Best We Could Do by Thi Bui

February 10: Travel
Travels with Charley in Search of America by John Steinbeck

April 14: Narrative Nonfiction
The Boys in the Boat by Daniel James Brown

June 9: Science Fiction
The Ministry for the Future: A Novel by Kim Stanley Robinson

September 8: Food Memoir
The Cooking Gene: A Journey Through African American Culinary History in the Old South by Michael Twitty

March 9: Memoir
They Called Us Enemy by George Takei

April 13: Science Essay
The Man Who Mistook His Wife for a Hat by Oliver Sacks

May 11: Personal Development
The Inner Work of Racial Justice by Rhonda Magee

July 13: Young Reader
The Girl Who Fell Beneath the Sea by Axie Oh